GREAT TALENTS FROM ALL OVER THE WORLD!

The program of the festival 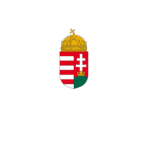